NJMEP worked closely with the New Jersey Legislative Bi-Partisan Manufacturing Caucus to bring manufacturers to Trenton to testify before the Caucus. Discussions were one of in-depth knowledge and passionate testimony on behalf of manufacturers in New Jersey. Leaders and representatives of manufacturing companies brought facts and real concerns facing policies that will see their businesses impacted in the coming years, including: 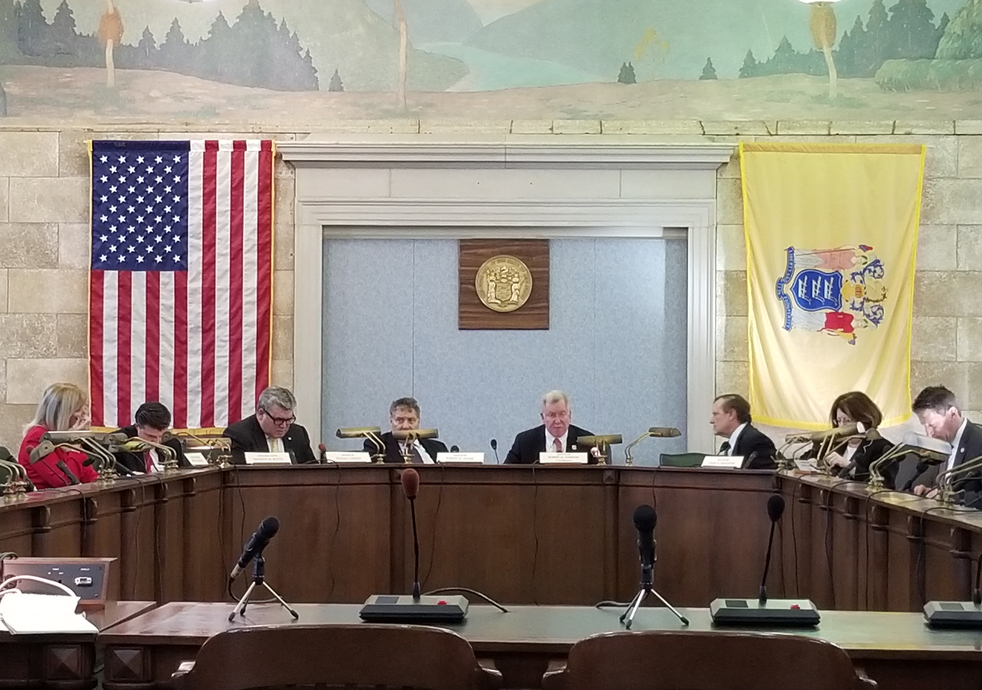 Opening with Senator Gordon and his views on the importance of the industry, it became clear that manufacturing was well-represented in the room. Panels regarding OEM Products, Supply Chain, and Specialty Companies were each in attendance, eager to address the gathered legislators. Panelist members discussed mandatory minimum wage increases and how it will impact their businesses.

Tektite Industries President, Scott Mele, spoke to the self-defeating impact raising the minimum wage can have on the working industry professionals of New Jersey. “Internships that were used to bring in work will no longer be viable,” Scott says. “By increasing the cost of work, we won’t be able to afford training new talent.” With machine-operated manufacturing being so affordable, raising the minimum wage will make it more economically sound to hire one entry-level technician able to operate four machines, than to keep the four skilled employees with years of experience.

Mitch Cahn, President of Unionwear, supported this point by adding, “The proposed increase in taxes will limit my ability to grow, tremendously.” Scott continued, “Mandatory wage increases will make an entry-level position go from 18 thousand a year to 40 thousand.” While each manufacturer cares about their employees and their well-being, the rate at which the State will have them increase their pay cannot be met with a similar increase in product cost. Either option puts the manufacturer out of business by either making employees too expensive to hire, or products too expensive to purchase.

Attached to the issue of an increased minimum wage is the decision of an employee being forced to prioritize healthcare or employment. A point raised by Matt Putts, Executive Director of Employment Horizons, was in regard to this very issue. “If the minimum wage were to increase to $15 an hour, it is reasonable to assume our commensurate manufacturing wages would increase to $17.85 to $18.75 an hour,” Matt said, “Such a drastic increase in wages, even if phased in over time, would be devastating to Employment Horizons, our employees with disabilities, and to other community rehabilitation programs around the state.” Forcing concerned industry leaders to weigh meeting a mandated pay increase against the welfare of their workforce is a unanimously difficult decision. 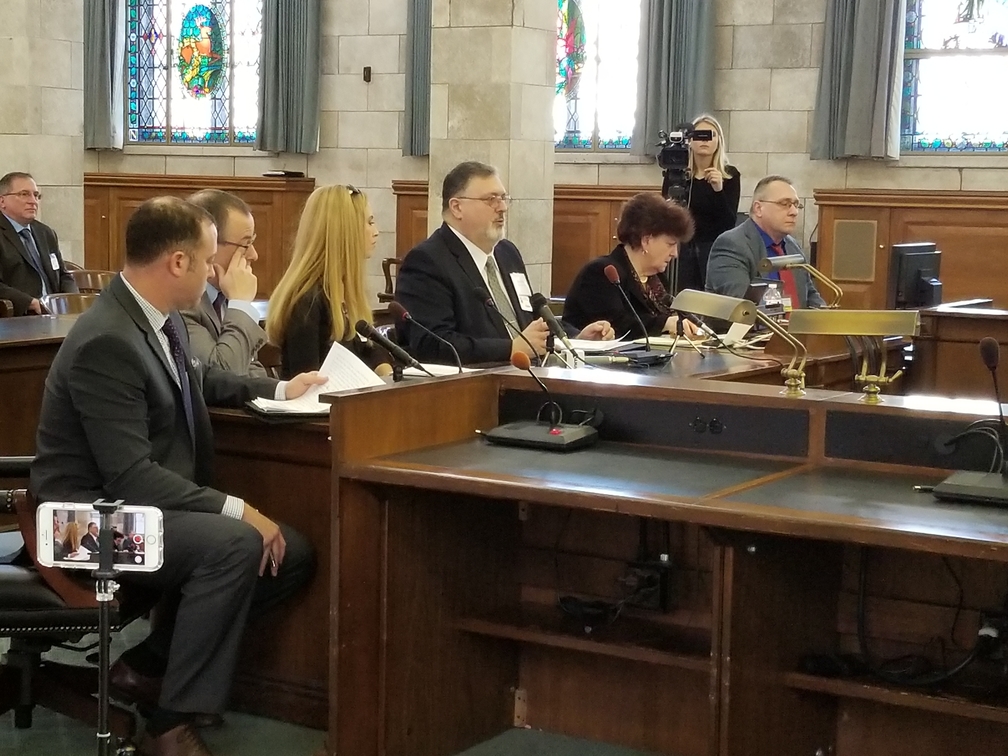 Manufacturing Caucus. President of Zero Surge, Jim Minadeo said, “What do I do in ten years?” Continuing his point, Jim echoed “Kids don’t know how to use simple hand tools, anymore.” We have raised generations of children to believe without some form of college education, you won’t amount to anything. Careers in the manufacturing industry are among some of the highest paying in the country, so why are we talking about them like the last resort?

Casey Muench-Bickhardt, President of GEMCO (General Machines), offered her solution regarding the perception of manufacturing in New Jersey. “We have lost our balance between people coming from Academia,” Casey said, “and those leaving Vocational Schools.” Casey, along with her colleagues, all feel the vision of manufacturing was never established. “We’re not showing people how to be prideful in this work,” Casey continued, “we need to introduce other options than academia.” Citing starting from a young age, Casey feels that children, naturally predisposed to learn by doing, would jump at the chance to develop a personal opinion of the industry as something other than a refuge for the uneducated.  A point to which the caucus members responded “We forget that colleges are a business. Businesses that somehow can afford to charge more for their services and in return, be viewed as more exclusive.” 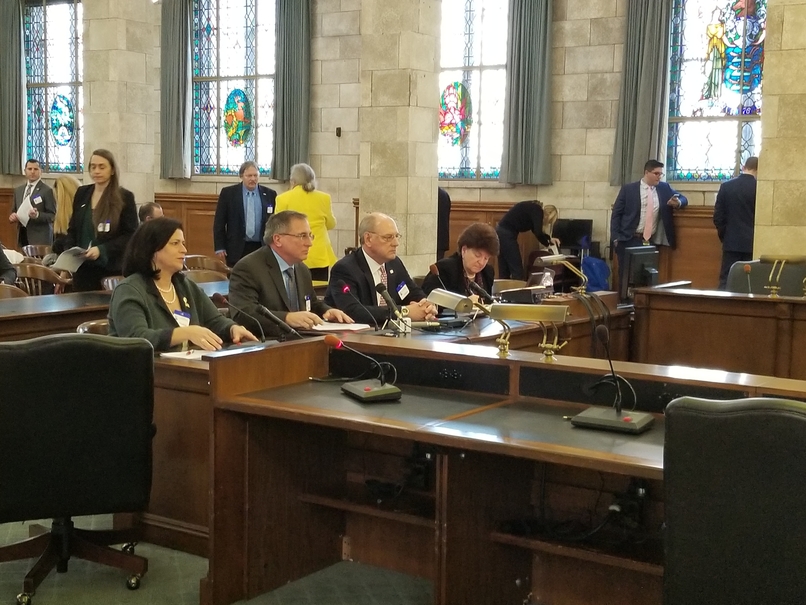 Gail Friedberg of ZaGO Manufacturing raised the issue of workforce development, and what can be done internally to keep talented employees and develop their skills. “We don’t have a lot of problems finding employees,” Gail said, “but there is no pipeline for high school students to come to manufacturing.” There is a lack of access for those interested in growing their expertise while working in manufacturing. Changes need to be implemented so those eager to join the industry have the ability to do so.

Beyond cultivating in-state talent, manufacturers are finding it difficult to convince talented individuals to relocate to New Jersey. Oppressive taxation already makes New Jersey one of the most difficult states to live, run a business, and raise a family. We need to do all we can to incentivize creative solutions, and Lew Weiss, President of All Metals & Forge Group, and voice of Manufacturing Talk Radio raised an interesting point. “Manufacturing is no longer dank, dark, and dangerous,” Lew said, “so how can we communicate this to younger people?” Lew continued, “Why not incentivize those nearer retirements to teach new employees? Offer them some form of benefit – perhaps bumping up their retirement date – if they can help bring the next generation up to speed.” 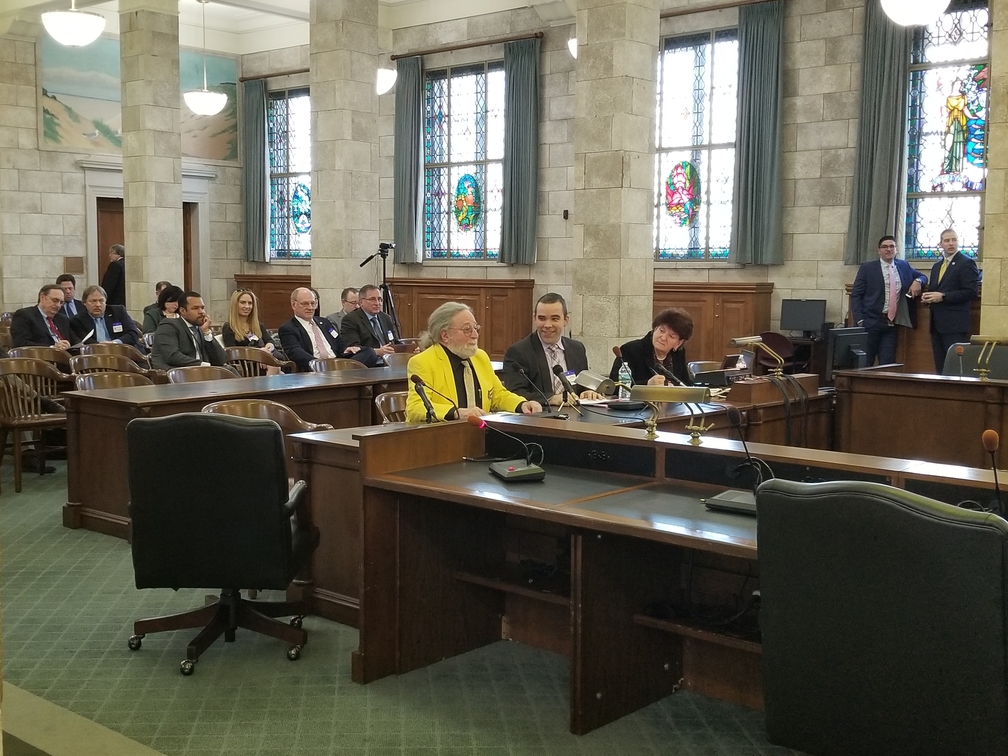 Important challenges and their more-important solutions were discussed at great length during the New Jersey Legislative Manufacturing Caucus, and all concerns were heard to their fullest extent. As he opened the meeting, Senator Gordon closed with wise words. “There are many things we can do, but without hearing from manufacturers, we are limited,” Bob continued, “Ideally, the more people involved in the discussion, the more help we can offer throughout New Jersey.”

We believe strongly in our mission of industry advocacy and awareness, and know the more manufacturers we can bring to the table, the more solutions come with them.  We’d like to see the Caucus become an official committee where they can truly drive change and policy.

The Manufacturing Caucus will be present at the upcoming NJMEP State-of-the-State New Jersey Manufacturing Summit held on April 4th in Trenton and April 6th in Randolph.  This event is exclusively for Manufacturers, STEM Firms and NJ elected officials.