Recognizing Governor  Christie’s efforts to boost Advanced Manufacturing in New Jersey during a National Manufacturing Day symposium, Commissioner Harold J. Wirths of the Department of Labor and Workforce Development today outlined the ongoing efforts being made to train people to fill jobs in an industry sector where salaries and opportunities are increasing.

“These are not our grandfathers’ or our fathers’ dated manufacturing shops. The jobs emerging in the leaner, more efficient Advanced Manufacturing industry are far more demanding of skilled and highly trained workers than ever imagined in the days of productions lines. The salaries and wages being offered also are lucrative,” said Commissioner Wirths.

His remarks were made as he opened the Building A 21st Century Manufacturing Economy seminar hosted by NJBIZ and the New Jersey Manufacturing Extension Program, Inc. (NJMEP) at The Palace at Somerset Park. The event was held in recognition of the 3rd Annual National Manufacturing Day, and also culminated a week-long celebration of New Jersey manufacturing initiated by ManufactureNJ, the state’s Advanced Manufacturing Talent Network, which is operated by NJIT under a contract with the Labor Department.

Commissioner Wirths noted the New Jersey Economic Development Authority (EDA), of which he is a voting member, approved five manufacturing projects last month, totaling more than $51.8 million in private investment, through the Grow New Jersey Assistance Program. The five manufacturing companies approved at the September Board meeting span from Cumberland County to Passaic County and represent both large and small businesses.

The projects were approved for a combined total of up to $87.5 million in tax credits over ten years and involve the creation of an estimated 387 new jobs and the retention of 784 jobs at risk of leaving the state.     To date, over 53.7 percent of the anticipated private investment by companies assisted through Grow NJ are in the manufacturing industry.

Six other Talent Networks have been created around the following industry clusters: Life Sciences; Transportation, Logistics and Distribution; Health Care; Advanced Manufacturing; Technology and Entrepreneurship; and Retail, Hospitality and Tourism.

The Advanced Manufacturing industry cluster employs computer aided machinery and a streamlined approach in the production process, thereby reducing costs while maximizing output. The industry cluster contributed over $20.7 billion to New Jersey’s Real Gross Domestic Product in 2012, or about 4.8 percent of all state output.

To learn more about the employment possibilities, pay levels and required education in Advanced Manufacturing, log on to www.Jobs4Jersey.com and click on Explore Careers. 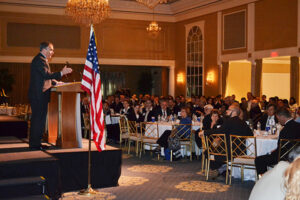