The nine event winners were as follows (complete bios on the winners plus the list of the finalists in each category appear below):

Manufacturer of the Year — Small (Up to 50 employees)
Desiron

MANUFACTURER OF THE YEAR – small (up to 50 employees) – WINNER

Not even a year after its launch, DESIRON took an order that laid a strong foundation for the company’s future growth.

The order came from Estée Lauder, whose head of merchandising happened to stop by a pop-up store DESIRON had opened in the Hamptons. The executive ordered barstools for every Estée Lauder makeup counter in the U.S., a decision that helped fund expanded production at DESIRON.

The company’s founder, Frank Carfaro, got his start selling custom-made furniture at flea markets in New York City. Early on, he decided to create a line of samples and make all pieces to order, reducing the need for a large inventory. The approach has not changed.

The initial challenge for the company was finding the space to manufacture custom orders on tight deadlines, as well as the skilled artisans who could help it deliver. Over the years, it found both.

Today, DESIRON produces furniture with a straightforward design and a modern aesthetic that appeals to discerning customers around the country.

To keep pace with the evolution of both manufacturing trends and customer tastes, it has made numerous investments in equipment and training. The company ensures employees can use the newest machinery. And, demonstrating its commitment to making furniture in the most environmentally conscious way, DESIRON recently installed rooftop solar panels to power its facility.

While many furniture companies struggled during the downturn that began in 2008, DESIRON thrived on its ability to meet the needs of its customers. The strengthening desire for American- made goods also has buoyed the company.

Whenever possible, DESIRON taps New Jersey- based vendors. It relies, for example, on a New Jersey-based trucking company to deliver its goods.

This fall, the company is unveiling a new line of wallpaper and a new lighting collection. It also is adding three furniture pieces to its permanent collection.

MANUFACTURER OF THE YEAR – small (up to 50 employees) – FINALISTS

The recent downturn in the rail industry could have forced Strato to put on the brakes. After all, railways represent the main consumers of Strato products, which include brake-hose assemblies, tank-car castings and a host of other items.

Instead, the company invested heavily in its people and its capabilities. Strato expanded its labs, hired new staff, trained existing workers, updated its tools and opened a state-of-the-art product development center. It also purchased new equipment, including rooftop solar panels that provide 80 percent of the company’s power.

The aggressive approach has yielded more than 25 patents, increased sales from new products and multiple kudos from satisfied customers.

Of course, the company has long been willing to take risks, even when circumstances might signal caution.

Strato was founded by Robert Foxx in 1968 as a hose distribution company. His son, Mike Foxx, joined in 1972 and, together, they bought out their silent partners, who were anxious for a return.

Mike Foxx took over as president and CEO in 1980 and decided to take the company in a new direction.

Seeing an industry beset by inconsistent quality, rising prices and long delivery times, Foxx launched Strato into the manufacturing business. The switch gave Strato greater control over quality, cost and customer service, as well as the freedom to innovate.

The decision continues to reap rewards for Strato, which has improved existing products, developed new ones and sharpened service to the rail industry. One customer, TTX, a leading provider of railcars in the U.S., has given Strato its Excellent Supplier Award 18 years in a row.

“Your commitment, year after year, to customer satisfaction and product excellence is very much appreciated,” TTX president Thomas Wells has told Foxx.

In 1876, Swedish executives from the tool manufacturer Sandvik Coromant crossed the Atlantic Ocean to help celebrate the 100th birthday of the United States.

They may have watched the fireworks in Philadelphia or strolled the grounds of Fairmount Park, where the Centennial Exposition was held.

They also must have handed out business cards, for the centennial marked Sandvik’s entry into the U.S. market. The early footprint expanded in the 20th century as Sandvik grew increasingly concerned about the lag time between production in Sweden and delivery in North America.

By 1942, Sandvik had opened offices across the U.S. Production followed, with the opening of a factory in New Jersey in 1955. The plant produced cemented carbide cutting tools, used in high-speed and advanced manufacturing.

Today, the New Jersey facility is the company’s U.S. headquarters. In addition to manufacturing, it houses customer research, engineering and education facilities, and employs more than 300 workers. Worldwide, Sandvik employs 8,000 people and is active in 130 countries.

Wherever it goes, the company brings a reputation for innovation in the metalworking industry. Named by Forbes magazine as one of the top 100 innovative companies, Sandvik introduces more than 1,000 new products a year. Its tools and tooling solutions are used in the automotive, aerospace and energy industries.

The company also has emerged as a strong supporter of U.S. manufacturing. It is a long-standing sponsor of SkillsUSA, an organization that brings together students, teachers and industry representatives. Other efforts include supplying free educational tools to educators in the metal-cutting industry.

In addition, Sandvik supports the New Jersey Consortium for Workforce and Economic Development, a group launched by the state’s community colleges to coordinate training and education. Sandvik has worked closely with Bergen Community College and sponsored a manufacturing lab there. 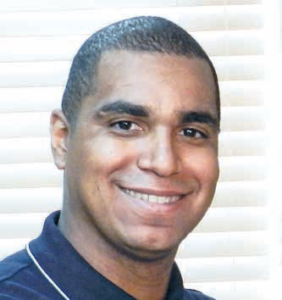 Caonabo Delgado
Title: Manufacturing manager
Company: Exothermic Molding Inc.
Town/County: Kenilworth, Union County
Education: Bachelor’s degree in ceramics and materials engineering, Rutgers University; MBA, DeVry University
What is your biggest motivator: “Curiosity. I wake every day wondering what obstacles will need to be overcome, how to be a better person, as well as how to improve the company. When I first confront and obstacle, or discover an opportunity, I wonder how we arrived at this point, as well as the best way to address the situation in the short term while developing a longer-term improvement.”

Before the end of his first week in manufacturing, Caonabo Delgado got a promotion.

His mentor accepted a job with another company, and Delgado immediately took over his former colleague’s areas of responsibility. Delgado brought technical skills, but also an open-minded attitude that helped him make the most of his new position.

“I recognized my own shortcomings, and knew enough that I would need help from more seasoned personnel, ranging from chemical operators to other engineers,” says Delgado. “Thanks to their belief and support, we were able to improve the lowest-rated areas in terms of quality and morale, and make them top performers.”

Today, Delgado is a manufacturing manager at Exothermic Moldings, which uses reaction injection molding to produce polyurethane parts for medical and laboratory device manufacturers. He has helped the company grow both before and after the downturn of 2008.

He also has made improvements to shop-scheduling methodology, and worked with Exothermic’s molding and machining staff to develop best practices in designing, building and maintaining aluminum molds. The changes have reduced downtime, cut processing costs and increased the speed at which products move through to shipment.

While Delgado continues to thrive on learning and tackling new challenges, he is often the one sharing his expertise. For the past 13 years, he has been a regular speaker to students at Union City High School, encouraging them to explore opportunities in engineering, science and technology.

“I believe it is very important to give back to the community and let youth know that the future can be what they make of it,” he says. 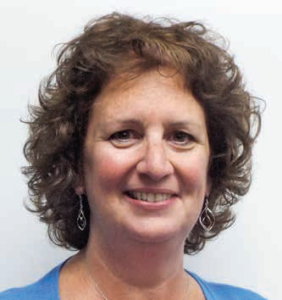 Jackie Daly Johnson
Title: President
Company: Beacon Converters Inc.
Town/County: Saddle Brook, Bergen County
What is your biggest motivator: “The pride on an employee’s face and in their voice when they land a key account, create a new product, ace an audit, make a project presentation, master a new skill or take on a new role.”

Jackie Daly Johnson excels in both roles as president of Beacon Converters, which makes sterilized packaging systems for medical device and pharmaceutical companies.

She has helped catapult Beacon into the ranks of top women-owned businesses nationwide, and has made the company an active player in its industry and in the community. The company supports Toys for Tots, the local Salvation Army chapter, the American Lung Association and other charities.

Daly Johnson also sees her role as allowing others to shine. “My most important job is to eliminate any roadblocks that impair the ability to innovate, to grow, as people and as a company,” she says.

Beacon itself has been growing since 1947. It was founded by Daly Johnson’s grandfather, and run for many years by her father, Bill Daly. She and her sisters, Kathleen and Terri, have owned and operated the company since 2002, guided by the example of their forebears.

“Our parents and grandparents taught us that if you work hard, try your best every day and play well with others, you will succeed,” Daly Johnson says. “We focus on creating and maintaining a reputation as a fair, honest and hardworking company that truly cares about our employees and our customers.”

Over the years, customers have benefitted from an array of innovative products, such as Beacon’s CardioFocus Heart Light Die Cut Metal Tray. The award-winning package cost-effectively protects, and streamlines the delivery of, sensitive device components.

Employees, meanwhile, enjoy training programs that give them the skills they need to grow and succeed in their careers. Daly Johnson welcomes their ideas and feedback.

“The biggest contribution I have made is to champion a culture that creates opportunities for growth, which, in turn, allows our business and products to constantly improve,” she says.