In a previous blog post, we talked a great deal about “lean” manufacturing- a methodology originally developed by Toyota that helps manufacturers become more efficient in a number of ways. 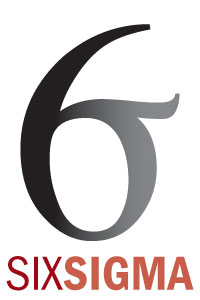 What exactly is Six Sigma?

But no discussion of “lean” would be complete without looking at the “Six Sigma” which is a manufacturing methodology that can be used alone or with lean. It is a managerial concept that aims at eliminating eight kinds of waste in manufacturing. Although it is best known for its adoption by manufacturing giants such as GE, Dell, and DuPont, and others, Six Sigma is a doctrine that ca also be used successfully by smaller companies. It is a technique manufacturers in New Jersey should consider if they are concerned about quality improvement.

The term Six Sigma can originally from statistics. It refers to a careful process of solving certain problems based on analytical data. The aim of the process is the reduction of errors and/or defects in the manufacturing process. More specifically it means reduction of defects to a rate of 3.4 defects per million opportunities (DPMO).

The origins of Six Sigma as a measurement standard can be traced back to the early 19th century. But Motorola was the company that popularized it. When Chairman Bob Galvin was running the company in the early and mid-1980s, Motorola engineers were not happy with the traditional quality measurements—measuring defects in thousands of opportunities. So they created a new standard and methodology and a Motorola engineer named Bill Smith named it Six Sigma. This methodology worked so well that it helped Motorola experience a number of years with very strong earnings. The company claims to have experienced more than $16 billion in savings as a result of implementing Six Sigma. Today Six Sigma is actually a federally registered trademark of Motorola.

Six Sigma was different from many earlier quality improvement methodologies for the following reasons:

What has made Six Sigma even more appealing has been the development of different levels of training certifications (called “belts” in keeping with martial art terminology) which identify roles and responsibilities for Six Sigma within a company. These belts are ranked from lowest to highest as yellow, green, black and master. They represent individuals trained in this doctrine who work on improvement projects within the company. The “belts” work within teams of subject-matter experts and sponsors to identify the cause of manufacturing problems and solve them.

You may be asking whether or not your company would benefit from a methodology used by manufacturing giants. To decide requires a self-assessment to determine whether your business infrastructure would benefit from the use of standard consistent metrics and key process indicators. These need to be established first to discover if there is a gap between current performance and what your customers expect. Some companies actually use Six Sigma in conjunction with lean which attacks other deficiencies.

Six Sigma may be even more beneficial and important for a small manufacturer than larger ones. That’s because a small number of defects can quickly ruin the reputation of a smaller manufacturer, while a multinational corporations may be able to ride out such problems.  So before you turn your back on these concepts—lean or lean Six Sigma—find out a little more of how they might help your company—and then decide whether or not one or the other is right for you.

NJMEP offers Lean Six Sigma services. Click here for more information or contact us by filling out this form or calling 973-998-9801.